There is nothing hotter than a girl fight, but even hotter when the girls are smoking hot with great bodies. Two girls that play soccer are going to get into a girl fight. They are going to show each other what a submission hold feels like and how a tight leg lock can be. The girls are really showing off mixed fighting skills while kicking each others ass.

Chantal and Ginger are two girls that love to play together. Playing for them means beating the shit out of a slave and making him feel like the loser he really is. They are going to box him and they are even going to show him what painful trampling is. The ladies are laughing at how pathetic he truly is and they think he's fucking pathetic.

Steve got to the car wash

Steve thinks he is hot shit with his new car, but he has no idea the amount of pain he is in store for. The lovely ladies at the car wash think he is a cockhead, therefore they are going to really kick his ass. All of the girls are going to jack his shit up by wrestling with him and making fun of him as they laugh. 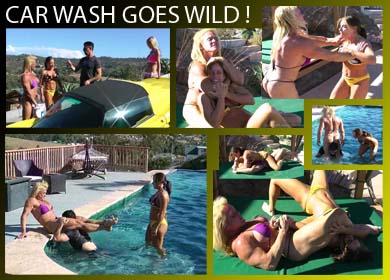 Jennifer Thomas has no mercy

Jennifer Thomas is so fucking strong, so when she decides it's time to kick her slave in the ass, she is going to do that. Jennifer will make sure he is in a huge amount of pain, and she will also make sure she uses all her wrestling moves on him. She thinks the slave is such a fucking loser and should be punished for being so stupid. 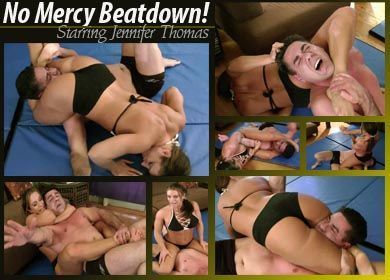 Robin and her arm lock

Robin is very famous for her asskicking ability. She can literally get any guy into an arm lock and have them begging her to stop. From there it's up to her whether or not they deserve that. She will laugh at them as they are red in the face from the pain. She is a powerful lady that loves to kick her slave's ass all the time. 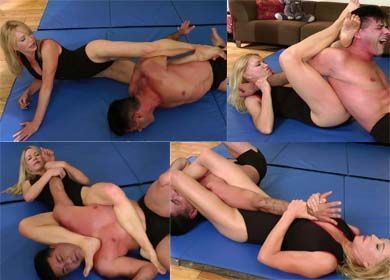 Alice and her friends play

When Alice, Emily, and Teodora get together, it can be so brutal. The three ladies love to kick the shit out of the silent guy they call their slave. He knows the girls are very brutal and love to fuck him up, but the girls are going to kick him with their strong and powerful legs making him fall to the ground in pain as they are laughing.

Jannine and Olga were chatting when they started debating who between them is a better wrestler and who was stronger. They decided to test each other's strength through tugging a rope and through arm wrestling. When all those could not settle the question of who was stronger, they decided to wrestle. They were kicking, using mixed martial arts and head locks on each other. They were red faced, but their resolve was clear. Each wanted to win.

When it comes to wrestling, Tomiko is among the best female wrestlers there are. So she decided to test her mettle against men. She decided to pick on Steve. Steve thought it would be a walk in the park, and was surprised when she pinned him down and held him in a leg scissor, choke held him and head locked him. She did this with such finesse that it didn't appear a female was wrestling and winning! 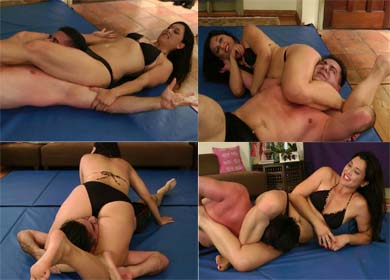 Hollywood is used to beating the hell out of men, and she thought that this would also be like all the others. So she went up to Steven and started disturbing his peace. He told her off, but she did not listen. She continued being a nuisance, and he decided to teach her a lesson. He pinned her down in a flash and then choke held her. As she struggled to free herself, he held her in leg scissors and also head locked her. She will never repeat that again. 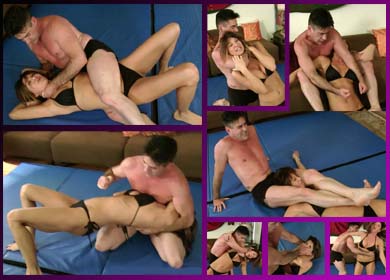 Holly beats the hell out of her disturber

Holly was having fun by herself when this man came and started disturbing her. He thought she was all weak and could not defend herself. To his surprise, she calmly stood up and beat him up. She chock held him and head held him. When he tried to fight back, she used her mixed martial arts on him and wrestled him and pinned him to the ground. She defeated him and taught him a lesson he will not forget in a hurry. 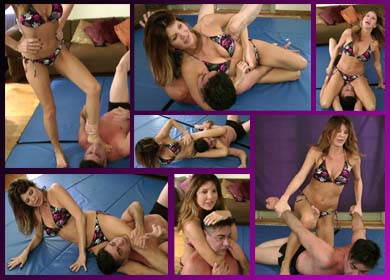