All articles tagged with "Defeeated"

Mistress Kara realized that her gym instructor was stalking her and she was upset. She tried to tell him to stop but he did not stop. She was mad and had to do something about it. She humiliated him in the gym and wanted guys to see it so as to shame him. She head locked him and leg scissored him before telling him to expect worse if he did not stop. 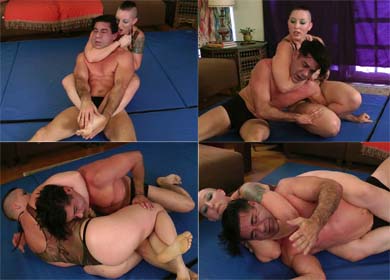