Jennifer Proves That She Is Stronger

Jennifer wrestles Steve but the match does not go in his favor at all. She proves that she is stronger than him early in the match. The muscular woman puts him through a series of wrestling moves including the arm bar, the shoulder dislocator and the leg figure four. He cannot escape any of them. Steve is humiliated as he has to admit that she is far stronger than his wimpy ass. 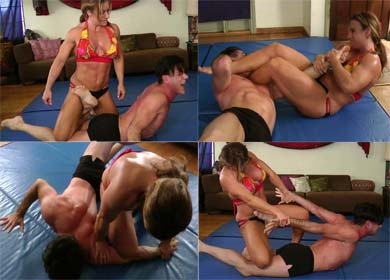